Adjusting the Lens on Inequality

2019 has been a transformative year for the inequality debate. From the historic broadening of the Business Roundtable’s view on the role of a corporation to the protests taking place in Chile, Haiti, Lebanon and elsewhere, a common thread is the need to address inequalities in human development and the sense of unfairness they can generate.

These grievances support the core analysis of the new UNDP Human Development Report, which presents decision makers with the choice to overturn deep-rooted systemic drivers of inequality.  Doing so would create an opportunity to simultaneously eliminate extreme deprivation while equipping everyone to live with dignity, manage the fallout of our planet heating up, and benefit from modern breakthroughs in artificial intelligence and robotics. 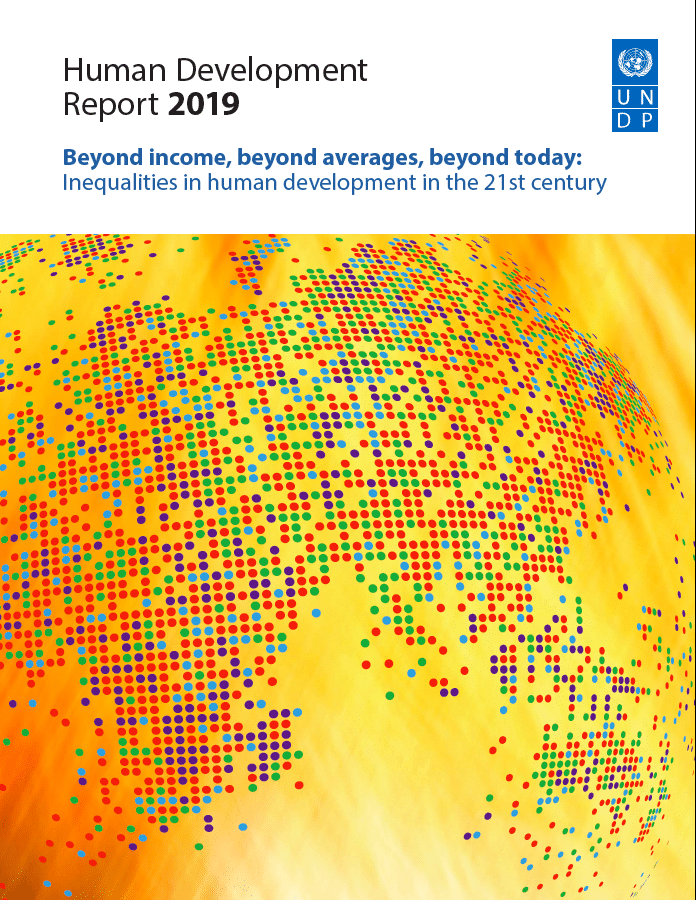 harder over time. The climate crisis is already hitting the poorest communities the hardest and earliest. Advances in technology such as AI are threatening to leave many groups behind. These are the same people who are also missing out on the opportunities needed to get ahead, like a university education. Even the most basic human needs are still not being met for many.

The odds are stacked, the report argues, along gender, ethnic, linguistic, class and sexual orientation lines – to name but a few. Women represent the largest systematically disadvantaged group worldwide and are facing a backlash to their empowerment. A new social norms index in the report says that in half of the countries assessed, gender bias has grown in recent years. About half of the people surveyed across 77 countries said they thought men made better political leaders than women, while more than 40 percent felt that men made better business executives.

These statistics speak to just one of many pervasive and pernicious inequalities that exist in the world and are driving frustration and resentment. But with the scale and scope of the challenges mapped out, how do we respond?

The answer, as members of Business Fights Poverty will appreciate, is collectively. Dismantling inequality is a complex challenge, one that each society must approach from its own unique context and circumstances. Yet given the world’s increasing interdependence, collaboration is an essential part of the solution.

For global business, this means international cooperation on tackling tax evasion and preventing a race to the bottom on corporate taxes and environmental standards. New standards also need to be developed to make sure that new generations of digital firms make markets more efficient, satisfy labour regulations and pay their fair share of taxes.

Governments must drive radical reforms to enable their citizens to thrive rather than just survive in an era of climate crisis and technological transformation. Policies should seek to change social norms and eliminate gender and other forms of discrimination through education, awareness and changing incentives. A coordinated response to the climate crisis, one that prioritizes environmental sustainability while seeking to ensure that global business practices reduce, rather than widen, inequalities, is critical to achieving the Sustainable Development Goals. And to ensure that everyone benefits from the latest technologies, UNDP hopes to see more measures like free broadband to reach those left furthest behind. Indeed, without targeted policies, the prospect of the nearly 90 percent of the global population without access to broadband catching up to the advantages enjoyed by the world’s digital elite are slim to dire.

On these urgent matters, the world has the power – and, as pressure mounts, the imperative – to act. We can revise fiscal policy, level the economic playing field, and make the kinds of investments in science and technology that can help bolster people’s capabilities.

Such investments are good for inequality and good for growth. Some of the policies that reduce inequalities, such as those that make markets more competitive, are also in the interest of business. So, too, are development patterns that broaden prosperity, which tends to improve social stability and increase demand for goods and services.

As the world changes, so do the inequalities that matter. The good news is that they are not inevitable. Every society has a choice about the level and kind of inequality it is prepared to tolerate.

The post Adjusting the Lens on Inequality appeared first on Business Fights Poverty.