Solidarity in action: The power of moving money through collective strategies

As the crisis in Ukraine has unfolded, the Disability Rights Fund (DRF) and Purposeful came together quickly to move resources to organisations of persons with disabilities (OPDs) with a focus on young disabled activists and disabled women-led groups – as their lives are disproportionately impacted and deprioritized in crises.

We moved together with speed, trust, and solidarity to do what neither could do alone. The past three years of seemingly unending crises have taken their toll on all of us – but have also proved fertile ground for feminist funders to reimagine the way philanthropy can work. A chance to connect with our core, to centre our values, and to foreground solidarity over structure, partnership over process. A chance to move beyond an organisational approach to a collective organising strategy. 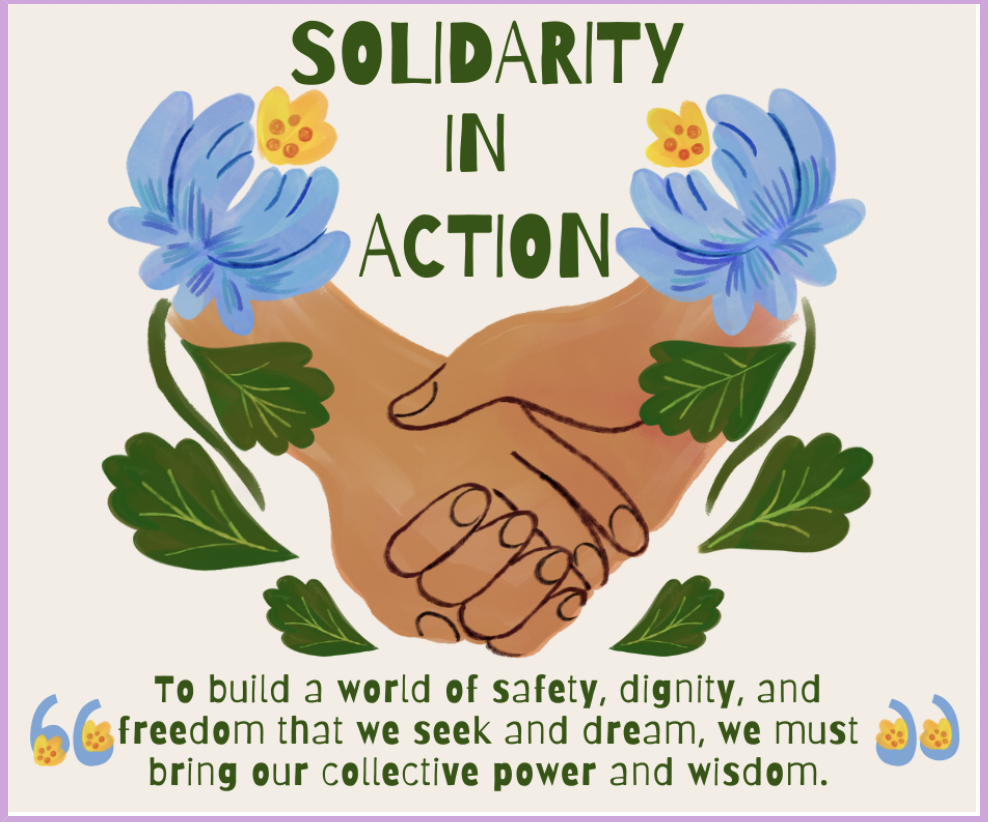 Sometimes being in solidarity means just picking up the phone and saying, ‘Can we help?’ This can happen when you’re in a relationship with other organisations and movements on a regular basis. It’s about ‘trusting trust’ and not having to manufacture a strategic process at every turn.

When Russia invaded Ukraine and completely upended the lives of everyone – particularly women and girls, persons with disabilities, and other marginalised populations – we knew help was needed, and that these were the groups that would get left behind. As Tanya Herasymova of Fight for Right, an OPD leading emergency response for Ukrainians with disabilities and a grantee, shared through a tweet: ‘War added a new identity: a refugee. It’s a challenge for me but also a privilege: not every person with disabilities in Ukraine has a possibility to flee from the country. It was not a hard or easy decision. It was the only way to survive as wheelchair user.’

@tanyaherasymova: War added a new identity: a refugee. It’s a challenge for me but also a privilege: not every person with disabilities in Ukraine has a possibility to flee from the country. It was not a hard or easy decision. It was the only way to survive as wheelchair user. pic.twitter.com/pFMBdxSSRa

The philanthropic sector has not shifted at the pace and in the ways movements need. Despite a moral imperative and political commitment to respond to humanity’s most urgent crises, there are deep structural issues in the sector that mean that the mechanics of moving money are a huge barrier. At the same time, the last few years have taken a serious toll on staff at intermediary funders. The dual challenges of maintaining energy and ever-increasing workloads paired with fundraising pressures and operating in complex, multi-step processes prevent us from responding with speed even when we are compelled to act. What do we prioritise when everything has become urgent?

But when times are hardest, as human rights organizations we must connect with our core: redistributing money to our communities resisting, persisting, and transforming the world. We are accountable to them, not to process. To build a world of safety, dignity, and freedom that we seek and dream, we must bring our collective power and wisdom. As Audre Lorde brilliantly captured: ‘In our world, divide and conquer must become define and empower.’

Responding to crisis by bringing our collective power

As the crisis in Ukraine unfolded, DRF wanted to do something, but was struggling with the ‘how’. We didn’t have an emergency mechanism in place, which meant either inventing a new process in the moment or getting creative.

Meanwhile, Purposeful emailed a group of funders and shared that they could move money quickly with flexibility – and without overhead for peer organisations. If they could help any organisation do the same, they were ready and willing. DRF said yes!

DRF already had an open strategic partnership grant to Purposeful to support a funding window for girl disability rights activists through the With and For Girls Fund; we were collaborating on the Global Resilience Fund; and we were working together to pilot a learning programme on disability accessibility and inclusion. Suffice to say, this collaboration was built on trust and deep, active relationship.

DRF brought its existing institutional knowledge of OPDs in Ukraine (it had funded there for many years); Purposeful brought its nimble financial processes and relationships with young activists based in the region. As a relatively young funder, Purposeful’s grant-making infrastructure was built to serve girls and young activists marginalised from mainstream philanthropic processes. The organisation is therefore set up to move resources through non-traditional financial systems to unregistered groups operating in crisis context, and beyond the usual formalised grant application frame. Together, we supported eight OPDs in Ukraine working in under-resourced, war-impacted communities. Neither organisation could have accomplished this without the other.

Other donors took notice, and Oak Foundation, for example, wanted to contribute to this emergency work too. When they approached DRF to make a grant, we realised the funds would be most efficiently moved if the grant went directly to Purposeful instead. This is what it means to be in movement work–transcending the work of any single organisation to move resources and shift power together.

The success of this collaboration affirmed key aspects of how we approach our work at Purposeful and DRF, how we practice solidarity:

Most importantly, it felt right. Once we agreed to make these grants collaboratively, it was a sigh of relief. Our nimble response to the Ukraine crisis also opened up conversations on how philanthropy selectively responds to some crises and communities – and which get left behind. We hope that philanthropy will listen deeply to the calls of all human rights defenders and work together–across borders, missions, identities, and approaches – to resource those leaders as they continue to lead efforts for change. The needs for both immediate supplies and long-term resilience are still large and underfunded–will you join us in showing up to help?

Jen Bokoff is the Director of Development at Disability Rights Fund, and Rosa Bransky is the Co-Founder & Co-CEO of Purposeful.

The post Solidarity in action: The power of moving money through collective strategies appeared first on Alliance magazine.